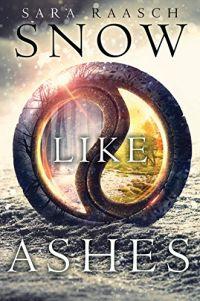 A striking fantasy tale of dark magic, dangerous politics, and discovering your true self—perfect for fans of Game of Thrones, An Ember in the Ashes and A Court of Thorns and Roses.

Sixteen years ago the Kingdom of Winter was conquered and its citizens enslaved, leaving them without magic or a monarch. Now the Winterians' only hope for freedom is the eight survivors who managed to escape, and who have been waiting for the opportunity to steal back Winter's magic and rebuild the kingdom ever since.

Orphaned as an infant during Winter's defeat, Meira has lived her whole life as a refugee. Training to be a warrior—and desperately in love with her best friend, Winter's future king—she would do anything to help Winter rise to power again.

So when scouts discover the location of the ancient locket that can restore Winter's magic, Meira decides to go after it herself—only to find herself thrust into a world of evil magic and dangerous politics—and ultimately comes to realize that her destiny is not, never has been, her own.

Plenty of action and romance in this endearing young adult fantasy book
November 11, 2017
Rating
4.0
Snow Like Ashes is an endearing young adult fantasy novel that starts out slow but left be very satisfied with the plot and the story line.
Meira has lived life as a refugee and orphan after her Kingdom of Winter was captured and her people enslaved when she was just a newborn.  The few remaining free members of Winter hide out and work to gain back the magical power of the Winter kingdom.  The early chapters of the book focus on Meira and the refugees but the book amps up the action as the other kingdoms become involved.  The Kingdom of Spring under an evil king has enslaved thousands of Winterians but the political landscape of the kingdoms is changing due to new alliances mixed with deceit and unwarranted aggression.
I give this book four out of five stars and recommend it for both young adult and fantasy readers.  Those that like stories of young heroes or heroines like I do will find this book very enjoyable also.