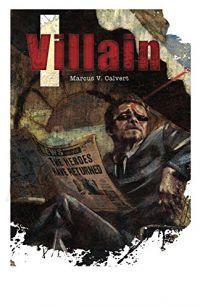 My current alias is Benjamin Cly.Just over 10 years ago, I retired from my life of violence and became a fixer – a middleman of sorts. Clients brought me their problems. My talented contractors “resolved” them. As long as the money was right, I worked every side of the law and didn’t think twice about it. Until one of my biggest clients tried to set me up.Then things went sideways.I lost my growing criminal empire at the drop of a hat. A lot of people started trying to kill me. I should’ve run away and hid in some distant corner of the world. But that’s not my style. I don’t run. I thrive.And in a corrupt metropolis like Pillar City, I’ll just start a new empire. But I can’t be a fixer again. Nor do I want to be a mobster – this town has plenty of those. No, I’m going to do the last thing anyone would ever expect a “harmless” guy like me to do: become a crimefighter.Seeing as I can steal super powers with a touch, it might be fun . . .